My 60 seconds experimental film, The Eternity of Visual Noise (title by hubby), was accepted and screened in front of a live audience at the One Minute Film Festival, Winter Park Library, Florida on December 3rd 2022. Watch the film and hear my interview with the host Banks Helfrich.

The Eternity of Visual Noise is a 2 minute looped  film about a journey through circles that I photographed from everyday life. The film starts off quite neutral but quickly builds into a hectic cacophony of red alarm buttons and drama. The images of circles and sounds then begin to soften through a transition of colours going through the spectrum, from orange and yellow to green, with gentle sounds captured from nature releasing us back into tranquility. The film’s soundtrack is a blend of industrial and nature sounds. The film takes us on an emotional journey, it can have the effect of a sensory overload but if you concentrate in the centre, it’s like tripping without drugs! The brain is able to take in vast amounts of information at once, even though we can’t recall it all back easily without being triggered. 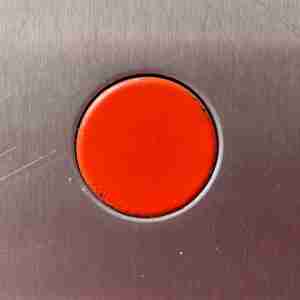 Making this video was intense and time consuming but overall satisfying. I spent 3 months photographing wholesome images from everyday life, things like close ups of rivets on the children’s swings in the park or light signals on the metro. Nearly a thousand photos have been centred, cropped and categorised by colour and then size. When you watch it different images stick in your mind for what seems like a second or so longer each time you view it, even though every clip is the same duration. Engaging in your environment by spotting circles is a fascinating project, one that you can play together anytime – like eye spy! 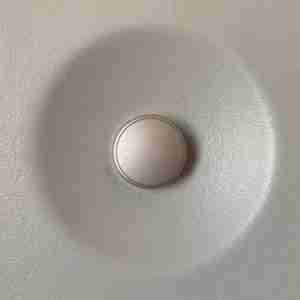 It started off as a collection of architectural circles that I’d found in the city but I soon opened out the project to include naturally occurring circles, as well as machine made ones. At the end of 3 months of shooting circles I became quite obsessed and could see circles everywhere. I had to start letting go of the project. In the end the connoisseur in me began to only shoot colourful well lit circles, some of which I still admire in passing.