The Making of the Octopus Bowl

The octopus bowl is now ready to show and available for sale and you can also see how it was made:

The octopus is a magnificent being and rightly deserves to be immortalised in art. And not just one but two octopus demanded my attention on this sculpted pot. As I was making this piece, it seemed to get better and better as I went along. It was scary though, because I had more to loose, the more risks I took. Each stage urged me for more attention, more consideration and more detail.

In the ceramic studio 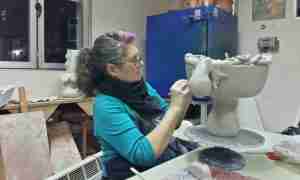 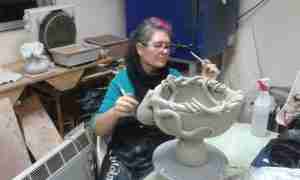 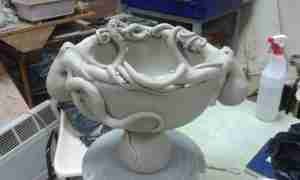 When I began making it, I had no plan in mind. To begin with, the raised bowl formed and then as i was just kind of doodling in the clay and the beginnings of the the first octopus began to manifest. Once the large head took shape, I realised very quickly, for balance, that there were to be two octopus heads as handles. Consequently I also realised very quickly that it also meant I would have to sculpt 16 tentacles in all, complete with suckers. I gave it the works, all that it needed and some extra warts! This octopus bowl demanded the best from me.

The octopus bowl in the kiln 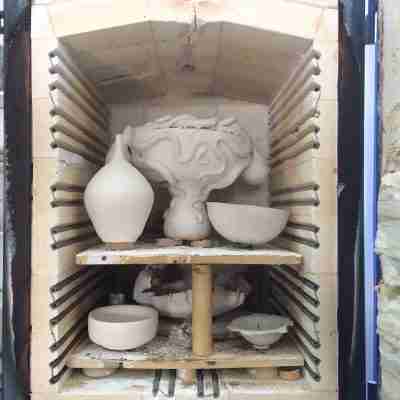 It’s funny how the glaze looks before it is fired, just the grey powdered stone. I had deliberated for ages on how to glaze it. The glaze can make or break a piece. Luckily a good friend had talked me out of covering it a semi transparent turquoise, that I had made loads of tests for. I went instead for this look, which defines the octopus from it’s bowl by way of colour. Both glazes have the same recipe except for the oxides they contain. So, the actual octopuses came out more brown because of the iron oxide and tiny bit of manganese in the glaze and the bowl is green from the copper oxide. I prayed to the kiln goddess for it to turn out well. 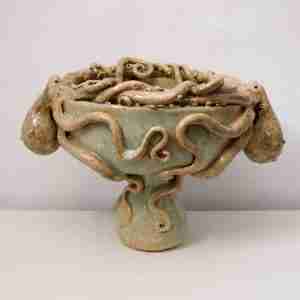 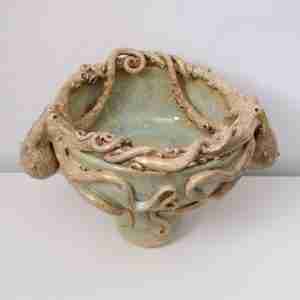 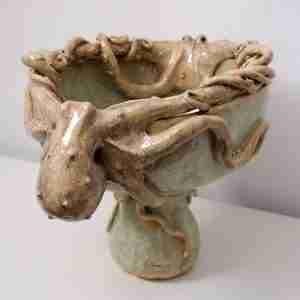 So staring at the octopus on the fish counter of the supermarket and watching numerous Youtube videos paid off. I feel like I have captured the energy of the octopus in this. Closely observing nature and making it into art, seems to work. 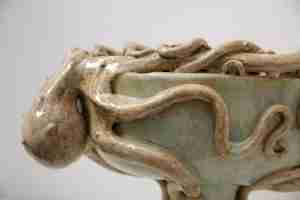 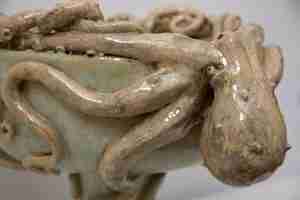 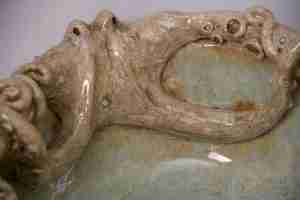